I have to tell you sometimes one SUV blends into another. There are big SUVs, mid-size SUVs, smaller SUVs, and little SUVs. Somehow Lexus seems to be able to make their SUVs stand out in the crowd.To put the NX 300h (the "h" stands for hybrid) into perspective it is about the same size as the Toyota RAV4 which used to be Toyota's small SUV (now that title belongs to the C-HR).

I've heard mixed comments about the Lexus face. Some like it, some don't. I'm kind of on the fence. The overall styling of the NX 300h is eye-catching but not too wild. I loved the Blue Vortex Metallic paint; my wife thought it was too blue. It sure did stand out in a crowd; made it easier to find in a parking lot full of SUVs. 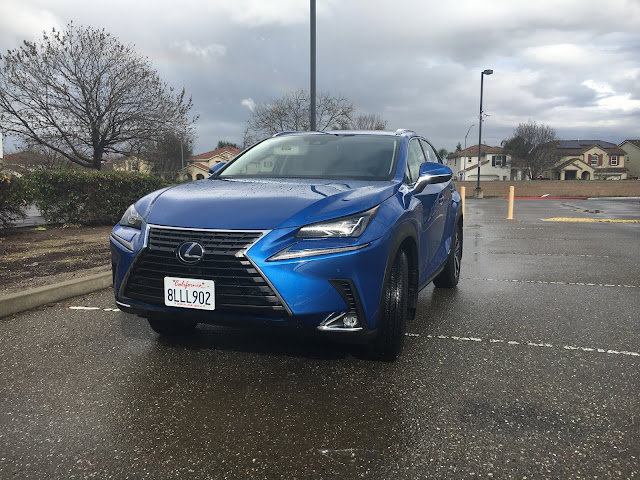 For a smaller SUV (182.7" long on a wheelbase of 104.7") it was roomy inside. It will seat five comfortably - 2 up front and three in the rear. It's a Lexus so it had all the amenities you need. The list is long - the Monroney is at the end of this article.

The biggest plus for me of the NX 300h's size is the seat height. I am so over SUVs and pickups I have climb up into.

I made a couple of trips to San Ramon and back with the NX 300h and it was a comfortable highway cruiser. I didn't check the fuel economy but the EPA rating is 33 mpg city and 30 highway (many hybrids are rated better in the city). That's not great economy but it's not bad for an SUV especially one that weighs 4,180 lbs.

For the most part I liked the interior. The gauges were easy to read and it had a real gear shift lever. I am not a fan of the Lexus touch pad to access everything on the 8" screen. Maybe with time I'd master it but I found it hard to move the cursor to where I wanted it. Lexus has used the touch pad for a few years so it must be a personal problem. 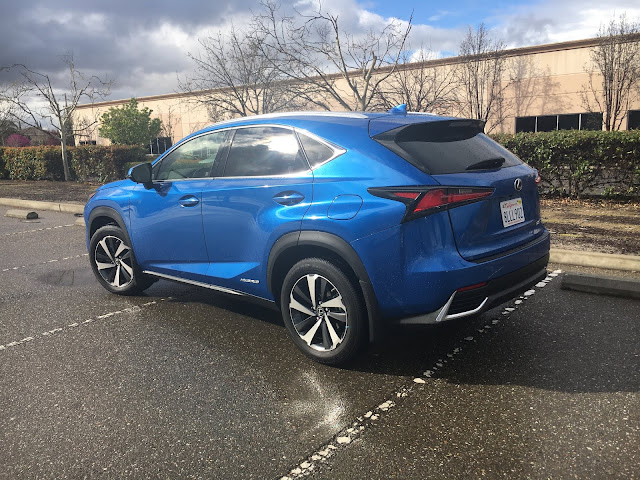 The NX 300h can only tow 1,500 lbs. so if you're contemplating towing anything heavier look elsewhere. But honestly I doubt too many purchasers tow. 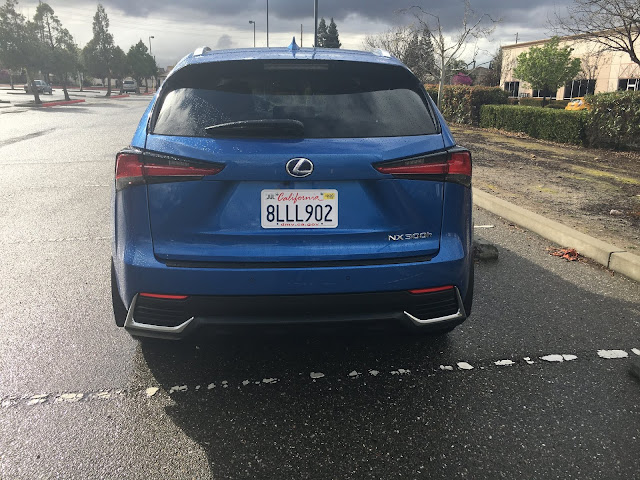 If I was in the market I'd choose the non-hybrid NX. Its base price is $2,550 less than the base NX 300h and the fuel economy isn't that far off the hybrid. But that's just me. Either way you can't go wrong.