Highlander - No not the movie, and no not the TV show.
The crossover from Toyota


I knew someone who bought a first generation Highlander in 2001. I was impressed with it. It seemed to make sense to me. In my mind it was a super station wagon Camry. And the Camry was/is one of the best cars on the road. Some of you may know I like station wagons.

The 2020 Highlander follows suit. Yeah Toyota calls it a SUV or Crossover but to me it's just a station wagon. And that's a good thing.

Our daughter has the previous generation Highlander and it fits her family. You know kids today, they travel with way more stuff than I did. Add in their friends and you could fill a school bus. The Highlander does the job.

Which brings me to the test vehicle, a 2020 Highlander Platinum V6 AWD. The Platinum is the top of the line Highlander - it's loaded. Which also means it's up there in price - $48,800. Toyota offers nine - 9! - Highlander variations so don't let the price bother you. A base Highlander L starts at $34,600.

So what do you get for your hard earned money? First is the vaunted Toyota reliability. Way back when I worked for one of Toyota's competitors they only targeted one company - the T company. Toyota may not be as far ahead of the others anymore, there simply are no bad vehicles, but it's reputation still stands.

Under the hood, driving either the front wheels or all four (in the test Highlander it was the latter) is Toyota's 3.5-liter V6 that puts out 295 hp, and 263 lb-ft of torque. An 8-speed automatic is used, and on the Platinum the AWD system is "Dynamic Torque Vectoring" (power goes where it is needed).

The loaded Platinum V6 AWD is kind of hefty - 4,450 lbs - and you'd think this would hurt fuel economy. Um, no. EPA rates it at 20-mpg in the city and 27-mpg on the highway. My wife and I took a trip to Copperopolis and the round trip fuel economy was just a tad under 29-mpg (28.8-mpg). Pretty darn good. 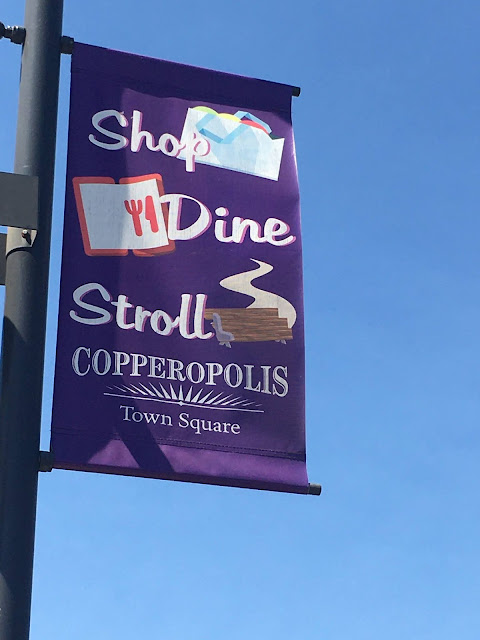 Copperopolis was neat. We didn't go to the old town but the new "old" town. Someone has created a nice "downtown", Copperopolis Town Square, complete with a little central park with a gazebo. (https://coppervalley.com/) 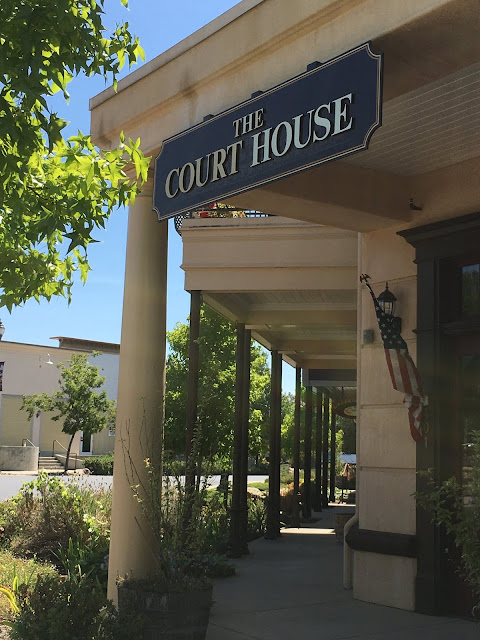 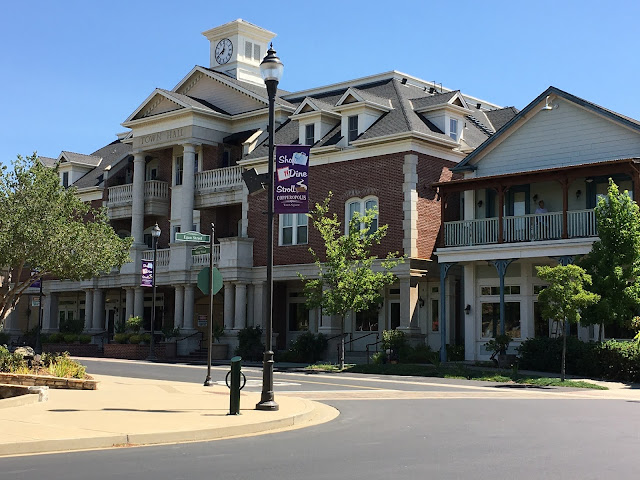 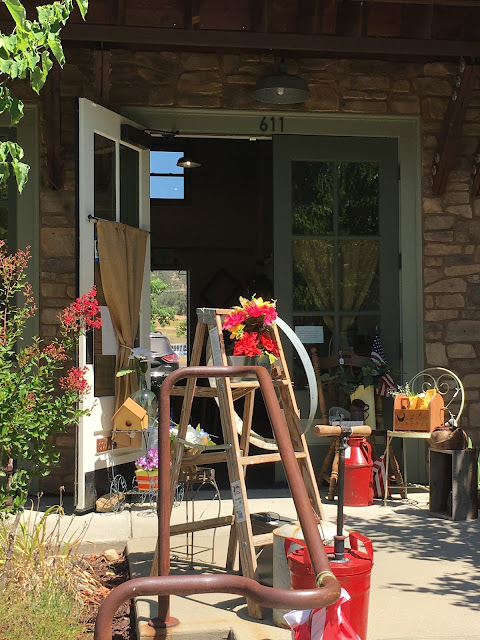 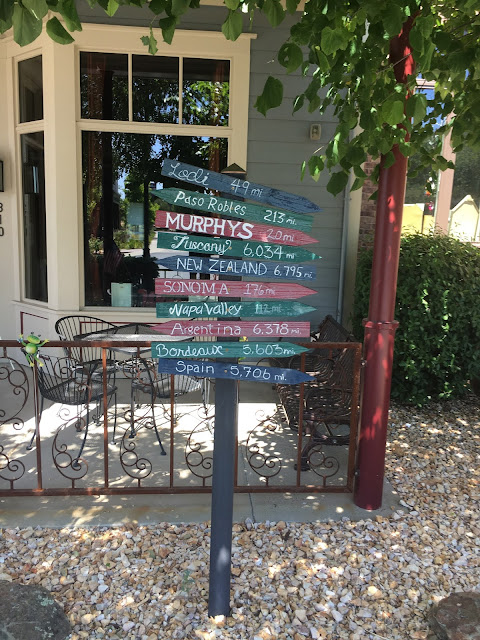 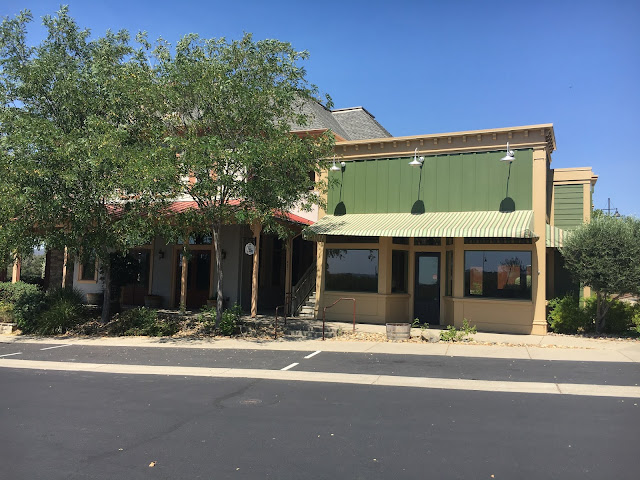 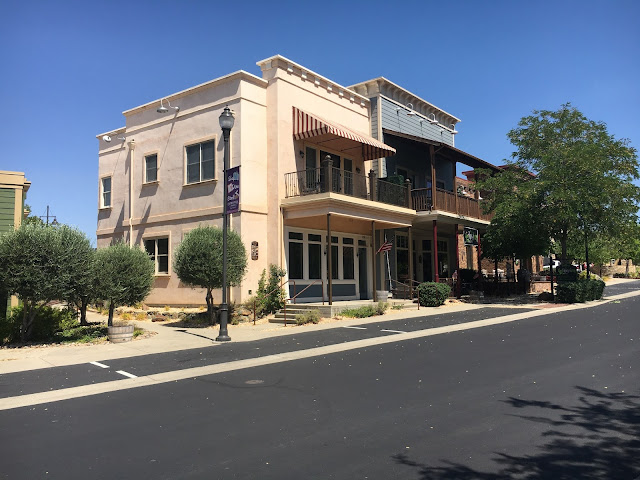 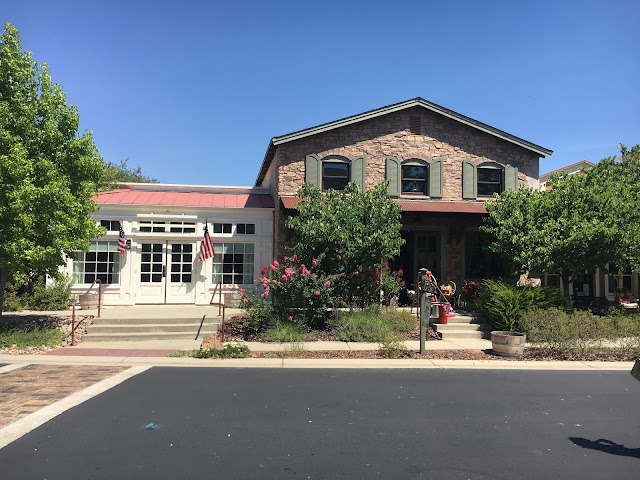 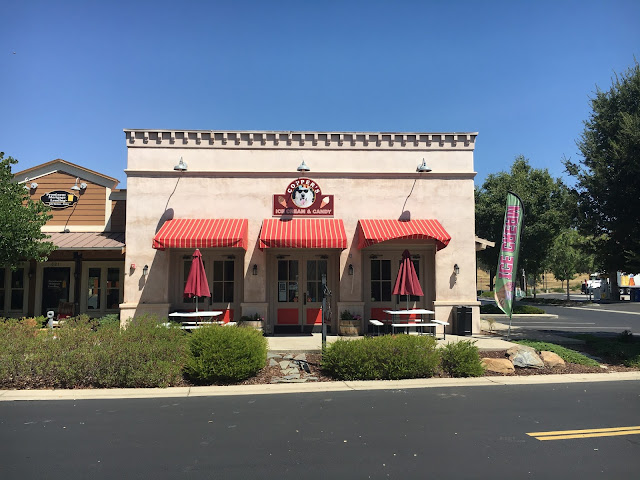 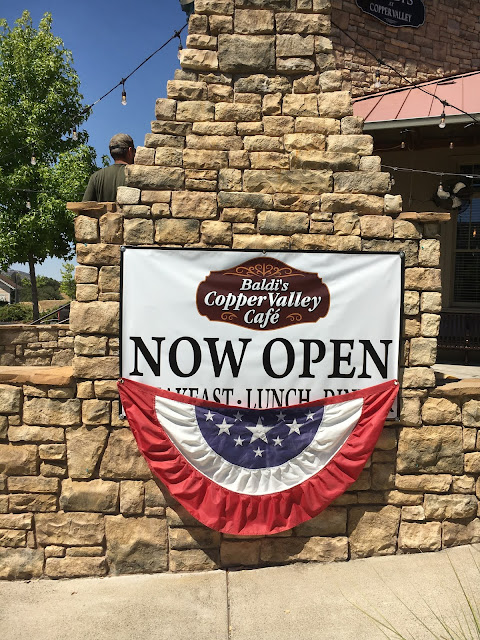 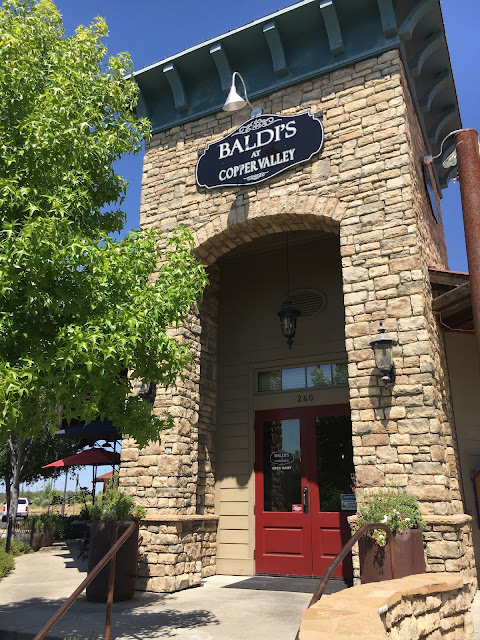 We had lunch at Baldi's at Copper Valley. As per the COVID-19 requirements we sat outside. We just had sandwiches, Baldi's Crab Salad Sandwich and Mama Jen's Crispy Chicken Sandwich. We had fries with one and onion rings with the other, and we shared. Nothing fancy, just fresh ingredients and perfectly prepared. Can't ask for anything more.

Next door was a barbecue joint, Griff's BBQ & Grill, that smelled terrific so I guess we'll be going back to Copperopolis.

Okay back to the Highlander. The Platinum had seating for 7 - 2 up front, 2 in the middle, and 3 in the back. Other models that will seat 8 have a bench middle seat that seats 3. Alas there was only my wife and I.

I would not choose the Harvest Beige Interior. It is kind of cream color and it would show the dirt (okay so I can be a slob). Everything else was a-ok. The interior had the look and feel of a much more expensive vehicle.

I am not as taken with all the controls. Not that the Highlander is any different than just about every other new vehicle. There are just too many buttons and switches. I look forward to the day when I can control all this stuff with my mind (voice control has always been iffy for me). 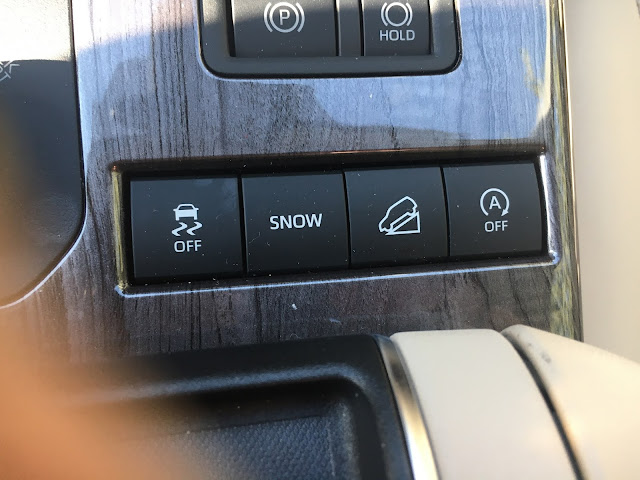 The only negative that I can think of was that the huge center screen washed out in direct sun. I could pick some nits - maybe have the Highlander sit an inch or two lower - but that's about it (oh yeah, no cream colored seat). There is 8" of ground clearance! This is not an off-road vehicle (a 4X4 4Runner has 9.6"). 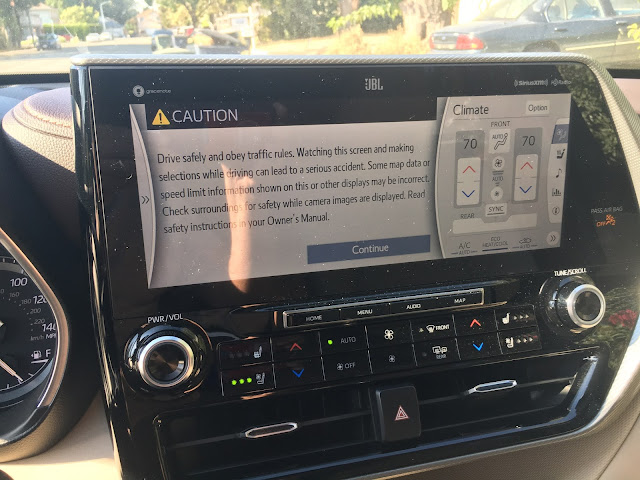 If I were to buy a Highlander I would probably opt for a LE. No AWD because I rarely go anywhere I would need it. But that's just me. 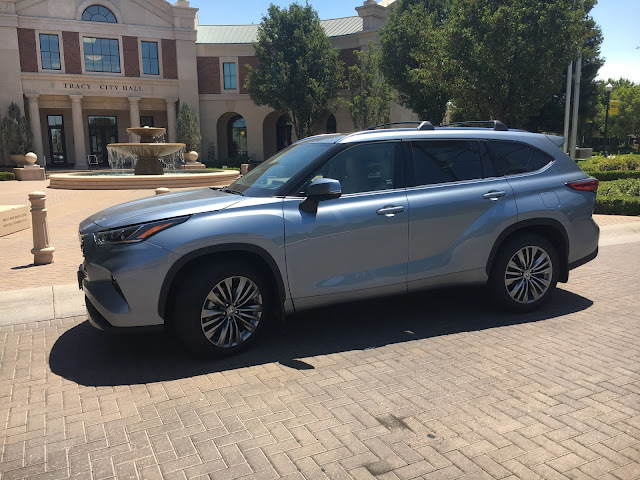 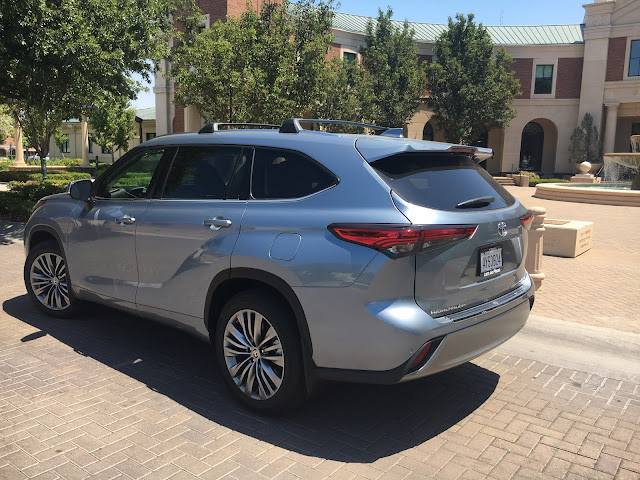