Best in Class battle heats up in latest batch of results

Today, Euro NCAP publishes its second to last release of the year. A dozen cars were put to the test against the 2018-2019 protocols that within a little will come to an end. The Tesla Model X, Porsche Taycan, Audi Q7, Renault Captur, Subaru Forester, Škoda Octavia, Ford Mondeo and Ford Kuga all achieve the coveted five-star rating. The Peugeot 2008 was tested with optional safety pack and with standard safety equipment achieving five and four stars, respectively. The updated VW Sharan and twin sister SEAT Alhambra get a creditable four stars, while the facelifted Jeep Renegade claims only three. 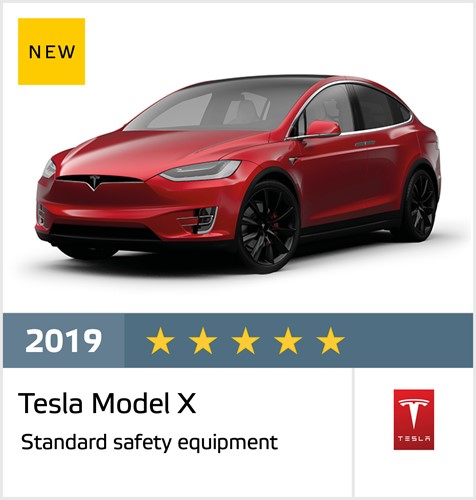 The stand-out performer of this round is undoubtedly Tesla’s Model X, scoring 94 percent for Safety Assist, the same as the Model 3 scored early this year. This makes the two Teslas the best performers in this part of the assessment against Euro NCAP’s most recent protocols.  The recently-updated Model X also achieved an impressive 98 percent for adult occupant protection, making it strong contender for Best in Class this year.

Another eye-catcher of this round is the Taycan, Porsche’s first full electric car that has been dubbed a rival to the Tesla Model S and Jaguar I-PACE in the all-electric sedan segment. While the Taycan is all about high-performance electric driving performance and primarily targets the high-end of the consumer market, it is reassuring that the car achieved the full five stars in safety testing. 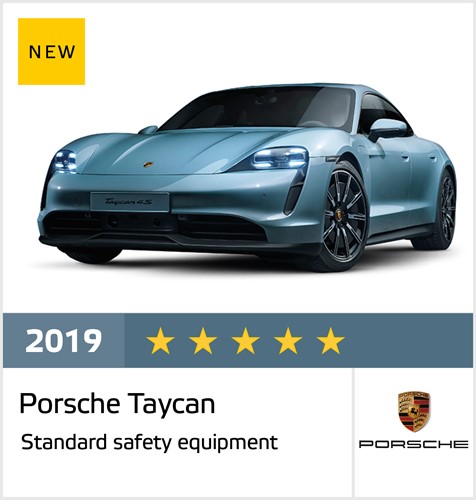 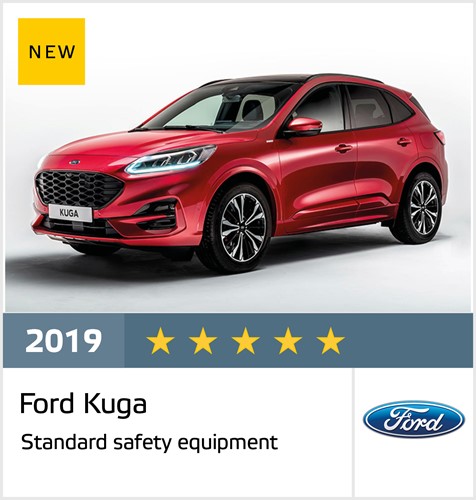 The Škoda Octavia, Renault Captur, the Ford Kuga and Audi Q7 all performed well in different size categories. The Peugeot 2008 shares the same platform with other models of the PSA Group, such as the second generation DS 3 Crossback and the Opel Corsa of which ratings were released earlier this year. Like the DS 3, the Peugeot 2008 offers an optional “Safety Plus” pack on all variants, that adds a radar sensor alongside the standard camera and gives the car enhanced AEB capabilities. Subaru’s new Forester also performed well all-round, showing off its family car credentials by scoring particularly well in child occupant protection. The Forester completes an all five-star line-up for the Japanese manufacturer. 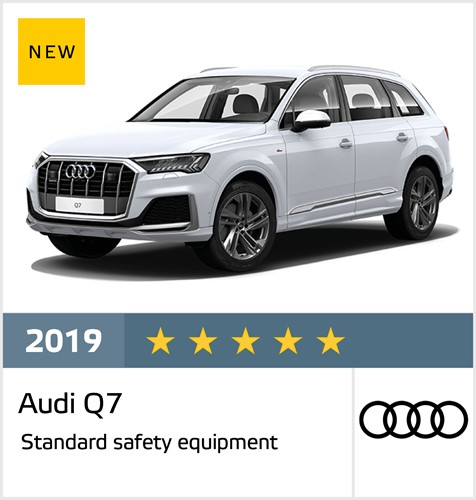 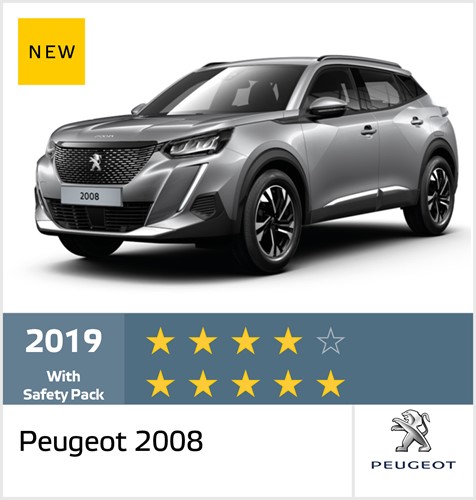 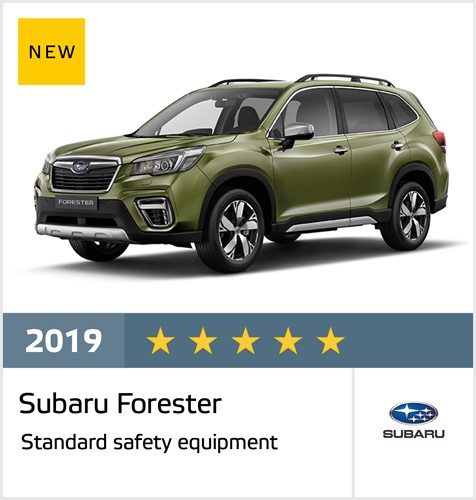 The Volkswagen Sharan, and its SEAT twin, the Alhambra, have been around for several years by now. Nevertheless, the VW group has done a fine job in keeping them up-to-date in terms of safety, with the addition of autonomous emergency braking and rear seatbelt load-limiters. The outcome is a still-competitive four-star rating, and the cars are amongst the few to offer i-Size compatibility in all rear seats and integrated child restraints as an option in the second row. This make them still ideal transport for a growing family. 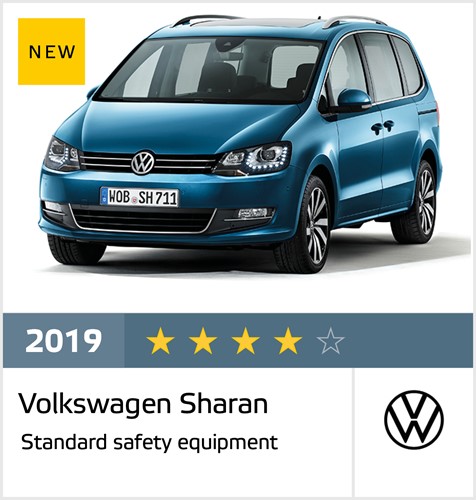 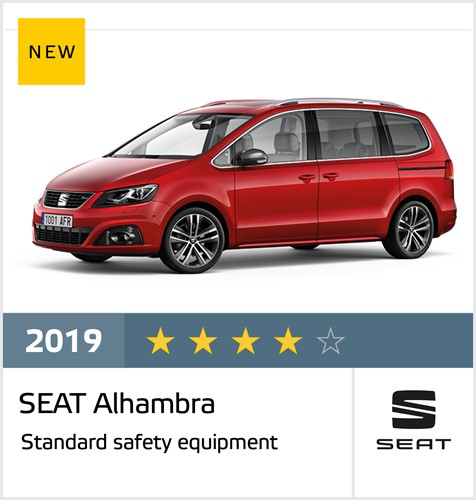 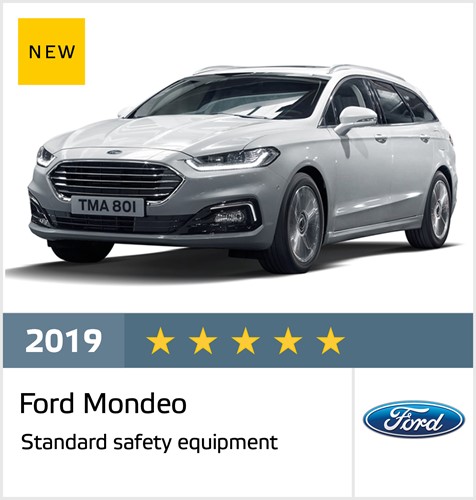 The venerable Mondeo has also been updated with AEB, and rear pre-tensioners and load-limiters, and offers safety to rival many newer vehicles. In contrast, the facelifted Jeep Renegade still offers AEB only as an option and becomes the only car so far this year to achieve a rating of less than four stars.

“Well done to Tesla and the other 5 stars performers for not only bringing best in class performance in testing but also making safety systems accessible and standard across the European market. It is also good to see manufacturers – Ford and Volkswagen in this case – standardising AEB and keeping safety up-to-date even for older cars, to the benefit of their customers. It’s a pity that not everyone follows this example, and by prioritising looks over substance Jeep ended up at the bottom of the list of this year’s rated cars. The good news is that consumers have more choice than ever to find a safer alternative. ” 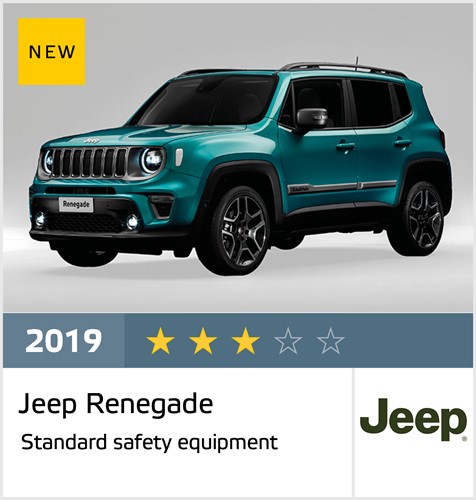 Euro NCAP organizes crash tests on new vehicles and provides motoring consumers with a realistic and independent assessment of the safety performance of some of the most popular cars sold in Europe. Established in 1997 and backed by several European Governments, motoring, consumer and insurance organizations, Euro NCAP has rapidly become a catalyst for encouraging significant safety improvements to new car design. Visit our website: www.euroncap.com

Euro NCAP ratings strictly apply to vehicles of the specifications offered in Europe. The ratings do not necessarily apply to models offered in other regions, even when sold under an identical name, as production specification and equipment may vary.