Barker, the most successful driver in the championship era of NHRA Top Sportsman racing, scored not just once but twice at Gainesville Raceway, first at the Lucas Oil Drag Racing Series Southeast Division event and the following week at the prestigious Gatornationals, one of the oldest events on the NHRA tour. At the wheel of his NOS nitrous-oxide-fed '06 Chevy Cobalt, Barker earned the first of his back-to-back victories with a final-round decision over John Lynch at the Division 2 race. He led all qualifiers with a 6.55 at 213 mph – not far from what today's Pro Stock cars run in the quarter-mile.

A week later at the same facility, Barker, who won NHRA's first Top Sportsman national championship in 2015 and currently stands second in the standings, followed with an even better performance at the Gatornationals, where he cut a near-perfect .004 reaction time in the final against Casey Spradlin, who was runner-up for the second year in a row. Barker, who owns seven Southeast Division championships on top of his 2015 national title, qualified No. 2 in the giant 32-car field.

Barker's Pro Stock-style Cobalt, powered by a massive 5-inch-bore-space 747 cubic-inch big block from Reher-Morrison, typically runs 6.30s at more than 220 mph in qualifying and manageable 6.50s in eliminations. "It makes about 1,500 horsepower naturally aspirated and about 1,800 with both nitrous systems," said Baker, whose next engine will be a fuel-injected 872 cubic-inch behemoth with a complete Holley EFI system. "I step it up for qualifying, then cut one system off to make the car more consistent in eliminations. I went through the solenoids and everything in the off-season, but that's the first thing I've ever done to it. I won the championship with this setup and ran it for four years and never touched anything on the nitrous system, and I mean anything." 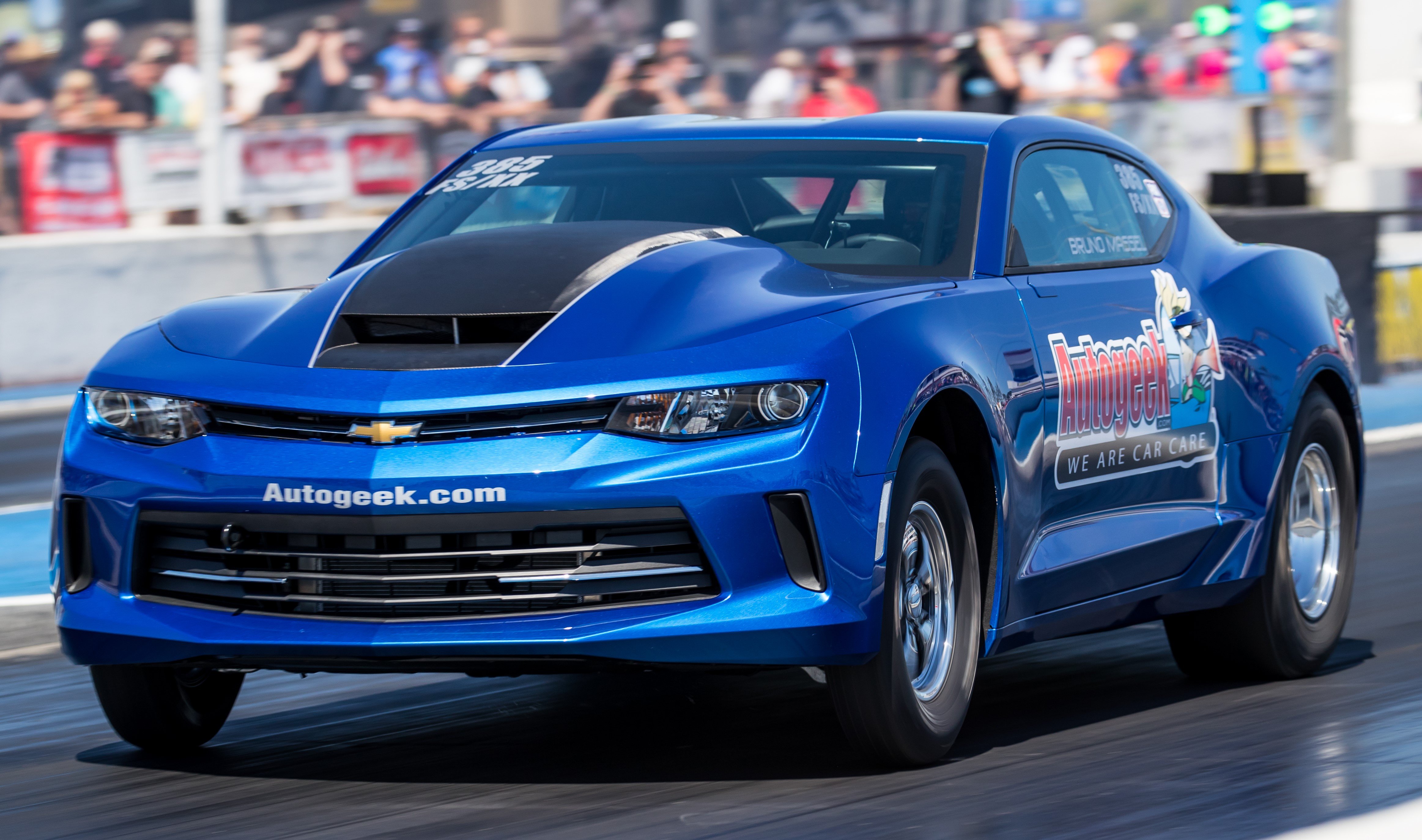 Driving a brand-new COPO Camaro with fewer than 10 runs on it when he arrived at Bradenton Motorsports Park for NMCA's 2017 opener, Massel, the defending event champ in Bradenton, began eliminations from the No. 2 qualifying position, just as he had en route to victory there last year.

"The track was hot, which didn't make things any easier, and we had the new-car bugs you always have when you haven't had much time to test, but as the race was going on the car kept running better and better," said Massel, a two-time NHRA world champ and former U.S. Nationals winner. "We were making wholesale changes throughout the day, and by the time we got to the final round, we were really close on the setup."

Facing 2016 series champ Kevin Skinner in the final, Massel left the starting line first by a few thousandths of a second and ran slightly quicker than Skinner's Mustang, edging the Ford driver's nearly identical 8.384 with an 8.380 for a photo-finish win. "We were locked side by side, and I was looking over at him the whole way down the track," Massel said. "For a car that only had eight runs on it when I got there, I'd say it ran pretty good."